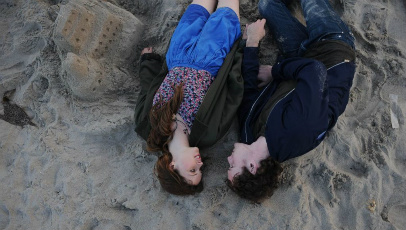 It’s always been known that the films developed for Hollywood – those with million dollar marketing campaigns and bankable stars – have a better chance of succeeding than the smaller projects that aim to showcase rising talent.

For an independent film to survive, it requires positive hype, and as much as it can garner. This is where film festivals such as Sundance and South By Southwest shine. Independent films are able to play to small, mainly critic-led crowds, attract some hype and potentially come away with several multi-million dollar distribution deals under their belt. From here, it’s down to the distribution companies to find a suitable place for the film and to market it however they see fit.

But for every film that hits the jackpot, many do not. Perhaps they fall at the first hurdle, but even those which manage to land a distribution deal aren’t safe when the company which takes them on has no idea what to do with them.

Case in point: Like Crazy. This is a simple yet affecting tale from Drake Doremus about Anna (Felicity Jones) and Jacob (Anton Yelchin) – two souls longing for love, brought together only to be separated by an act of foolishness that will forever haunt them. Upon its debut at last year’s Sundance festival, the film’s received rapturous applause, exemplary reviews and was almost immediately snapped up by Paramount Vantage, the speciality division of Paramount Pictures.

Since then, it’s been a strange journey for the romantic drama. It did fairly well in the US – to the tune of a $3.4M domestic gross – and even made a few critics’ top ten film lists of 2011. But now, a week before it’s due to hit UK cinemas, the talk has died to a barely hearable murmur.

Why is that, I hear you ask? Well, from where I’m standing it’s because most people in the UK don’t even know what Like Crazy is. Aside from one press screening that’s taking place this afternoon in London, a few posters placed in questionable locations and some word-of-mouth preview screenings, Paramount have done virtually nothing to drum up interest.

When you have a director as inventive as Doremus, and two young actors on the cusp of stardom – the ornate Jones and handsome Yelchin – you wonder why more hasn’t been done to capitalise on the extraordinary talent involved. Even the release date could have been used in a campaign to tie in with Valentine’s Day, much like last year’s No Strings Attached.

I’m not here to bad-mouth Paramount, or any other distribution companies for that matter, because I understand how hard it must be to find a unique way of marketing any independent film without over-stretching the budget and endangering themselves as solid companies. It’s a cutthroat film industry, and only the best – or best financed – films make it through with their dignity and early hype still in tact.

However, if you’re like me and have been lucky enough to see Like Crazy (a film that revels in being low-key, yet realistic and fruitful), then you’ll understand why I’m so keen on helping to drum up some kind of interest and find it the comfortable, warm and loving audience it so rightly deserves.

Read my review of the film here.