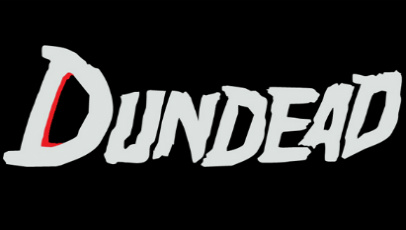 Last year, DCA Dundee launched Dundead. Showcasing the best in horror, the four-day film festival promised frights, chills and plenty of spills, and delivered in droves. Almost every screening sold out as Dundonians lapped up the chance to indulge in the very best new and old horror films.

Now, returning for its second outing after a host of double-bill instalments throughout the year, with ten films spread over four nights, Dundead is back, and it’s bigger, better and bloodier than ever.

Opening with Drew Goddard’s much-buzzed about The Cabin In The Woods, and closing with a special screening of John Carpenter’s The Fog, Dundead will be the place to be between Thursday, April 5 and Sunday, April 8.

Semi-sequel to Suspiria has a American college student in Rome, and his sister in New York investigating a series of killings in both locations where their resident addresses are the domain of two covens of witches.

Survivors of a nuclear attack are grouped together for days in the basement of their apartment building, where fear and dwindling supplies wear away at their dynamic.

An Egyptian caterer kills various women in suburban Miami to use their body parts to bring to life a dormant Egyptian goddess, while an inept police detective try to track him down.

After Jonathan Harker attacks Dracula at his castle, the vampire travels to a nearby city, where he preys on the family of Harker’s fiancée. The only one who may be able to protect them is Dr. van Helsing, Harker’s friend and fellow-student of vampires, who is determined to destroy Dracula, whatever the cost.

Anna and her eight year old son Anders are under the witness protection program following a difficult relationship with Anders’ father. They move into a large apartment complex. Anna becomes overprotective of her son and even buys a babycall to keep track of him. Soon, strange noises from other apartments appear on the monitor, and Anna overhears what might be the murder of a child. All may not be as it appears.

A sleazy cable-TV programmer begins to see his life and the future of media spin out of control in a very unusual fashion when he acquires a new kind of programming for his station.

An American man marries a Serbian immigrant who fears that she will turn into the cat person of her homeland’s fables if they are intimate together.

A SWAT team becomes trapped in a tenement run by a ruthless mobster and his army of killers and thugs.

A Northern California fishing town, built 100 years ago over an old leper colony, is the target for revenge by a killer fog containing zombie-like ghosts seeking revenge for their deaths.

Hope to see you there!

2 thoughts on “Dundead Returns To DCA: Bigger, Better And Bloodier Than Ever”