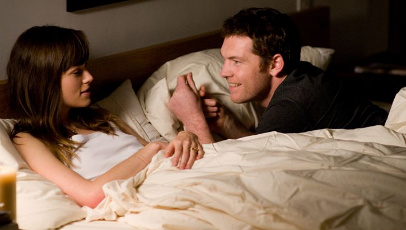 While Michael’s resisting temptation in Los Angeles, Joanna encounters her past love, Alex (Canet), and must battle her own tenacious emotions.

The evocative and provoking screenplay deals with very real and prominent questions, leaving no stone unturned. While some moments seem a little too contrived, once the story finds its feet, it thrusts you back into the characters’ turbulent thoughts and emotions, tossing you from approval of their affairs to complete condemnation.

Tadjedin proves herself as a talent to watch with her stylish, confident and subtle direction, mixing close-ups with long-shots to contrast the amped up tension with the way she teases the multiple relationships.

Knightley is the pick of the four leads, carelessly bouncing from one emotional peak to the next with ease, proving her acting chops outside of her usual period pieces.

Her hidden and under-explored relationship with Canet’s cool and alluring Alex is believable, exhilarating and simply oozing with chemistry, signifying that not all relationships should be ruined with romance.

Worthington commendably conveys the torment of his situation through his performance as Michael, and has the strain written all over his face. Mendes does her seductive mistress justice, making you empathise with Laura’s emotionally strenuous past, no matter how corrupt she is.

Tadjedin has crafted a wonderfully subtle yet probing study into the giddy highs and devastating lows of relationships, proving herself as a director to watch and Last Night as a near-perfect talky romantic thriller.