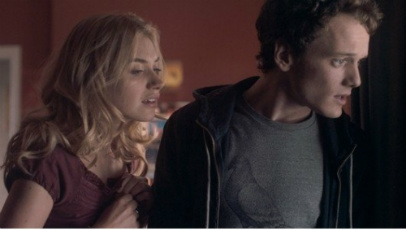 Fright Night is a bold, bright and fresh remake of Tom Holland’s much loved, and classically supernatural horror. The film centers on Charley Bewley (Anton Yelchin): an awkward teenage boy who has it made with a hot-as-hell girlfriend (Imogen Poots), devoted mum (Toni Collette) and independent American lifestyle. When mysterious Jerry (Colin Farrell) moves next door, it’s up to Charley to protect his family and rid the Nevada dessert of a deadly vampire clan.

While Fright Night may be as unnecessary as remakes come, it benefits from its refreshingly honest level of self-awareness, as well as the numerous nods to Tom Holland’s original concept and other cult classic genre films of its nature. Screenwriter Marti Noxon, who worked for years with Joss Whedon on his timeless television series Buffy The Vampire Slayer, mines fresh ideas from the concept, maintaining the brilliance of Holland’s craft and the no-frills-fun nature, while bringing it shiningly into the 21st century.

As a director, Gillespie manages to fill the very big boots left by Holland. His approach to directing is overwhelmingly confident, and that shines through on screen. Not only does he have a keen eye – the film is beautifully shot, staged and cast – but he knows how to blend the use of 3D throughout in a subtle, balanced way. It may not be necessary, but its implementation acts as an extension of the film that even manages to improve certain elements – not least the fantastically supernatural set pieces, fervid action scenes and spectacular amounts of gore, all adding to the overall shock factor.

It’s a shame, then, that the pacing doesn’t match up to the overall inventiveness of the production as a whole. While it’s fine for the first act to be devoted to exposition, it makes the second half feel all too convoluted and overcooked for its own good. Everything past the midway points happens at an accelerated rate which, at times, detracts from the overall enjoyment. The other main issue is the overuse of pop culture references. While it’s understandable that Noxon would make references to Buffy (and these results in some of the films funniest moments), the others – most notably an in-your-face nod to Twilight – are far too jarring for their worth.

Farrell thrives as the unquestionably attractive and eerily mysterious Jerry, adjusting the role to suit his off-kilter acting style – something that makes him a fantastic replacement for Chris Sarandon. Yelchin makes for a terrific Charley, playing him with an authentic naïveté; a set piece involving Charley searching for lock-picking tips on his iPhone is superb. This makes him entirely believable as the everyman who must stand up to defeat those terrifying his loved ones.

Poots, Collette and David Tennant, who plays the wickedly inebriated “vampire expert” Peter Vincent called on for help by Charley, are superlative in their respective roles. Collette, in particular, is handed several witty one-liners, running with them every single time and cementing herself as brilliant a comic actress as dramatic. Christopher Mintz-Plasse, on the other hand, who plays Charley’s schoolboy friend, seems somewhat uncomfortable: as if he’s trying too hard to carve himself a post-Superbad career. What he does here is too similar, and it doesn’t do him any favours.

It was always inevitable that Fright Night would be remade, but no one expected it to be done in such a competent, witty, well envisaged and brilliantly sarcastic fashion. Gillespie, with the aid of Noxon’s skillful writing and the cast’s obvious enthusiasm, has made a somewhat flawed yet inherently fun thrill-ride.