While 2011 hasn’t exactly been a year of record-breaking box office success, it has been a fantastic one for British cinema, emerging talent and unique independent features which found themselves surpassing the popularity of many much bigger movies.

The films I’ve chosen – and believe me when I say it wasn’t an easy process – are what I think represent the pinnacle of the cinema I experienced through the course of the year.

Before this year’s South By Southwest Film Festival, hardly anyone had heard of Weekend. But, after winning the Emerging Visions award and landing a distribution deal with Peccadillo Pictures, one of the U.K.’s rising distribution houses for gay and lesbian cinema, it became an unexpected hit, and rightly so. Andrew Haigh directs with passion and imagination, letting his actors – the up-and-coming Chris New and Tom Cullen – feel comfortable in their environment. The authenticity and air of light-heartedness makes this film utterly precious.

Spain’s most prolific filmmaker returned to the limelight with his most ambitious film yet. Praised at Cannes, The Skin I Live In harbours enthralling performances from Antonio Banderas and Elena Anaya, a wonderfully dark and twisty narrative and an unnerving score by Alberto Iglesias. Almodóvar has, once again, reinvented himself in a way that I had only dreamed of.

Sex addiction isn’t a subject often tackled in Hollywood, which is what makes Steve McQueen’s follow-up to the widely acclaimed Hunger that much more astounding. Taking a no-holds-barred approach, McQueen, with the assistance of Michael Fassbender’s forceful performance as the fractured yet true-to-life Brandon, crafts a frank, meditative and devastating portrait of addiction that never feels overblown.

Not only does We Need To Talk About Kevin cleverly and distinctively transfer Lionel Shriver’s acclaimed novel about a mother whose life is destroyed by her own rebellious child to the cinema screen, but it also marks the long-awaited return of Lynne Ramsay. Unflinching, coercive and contentious, We Need To Talk About Kevin proved to be a hard watch, but one that was entirely worth every unsettling, vasectomy-warranting moment. 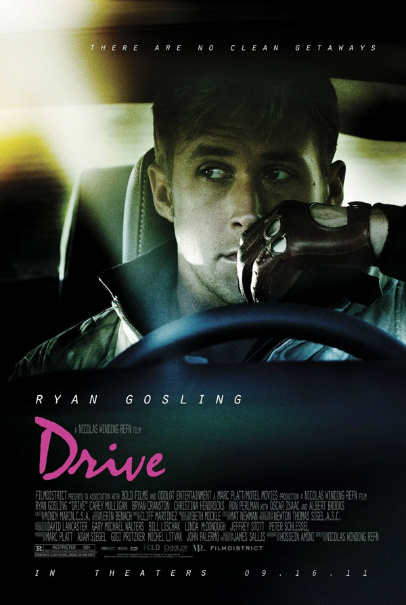 Steeped in an intoxicating ambience, Drive pits an ostentatious L.A. against its destructively obvious yet often shockingly omitted underbelly. Where an unnamed getaway driver-for-hire finds himself wrapped up in a criminal predicament beyond his skills, Drive is a resplendent, mystifying and truly exceptional modern neo-noir thriller. Nicolas Winding Refn and Ryan Gosling, who carries the film with his first-rate performance as the mysterious “Driver”, prove themselves an incomparable team.

In this quirky indie comedy, Craig Roberts plays a teenager older than his years, on a misson to lose his virginity and save his parents’ marriage. Written and directed with assurance and a unique self-awareness, ex-actor Richard Ayoade packs the film with wit, dry humour and cinematic references that makes this a sharp and welcomed breath of fresh air.

Without the conscientious Jonathan Levine at the helm, Will Reisner’s semi-autographical cancer-comedy would’ve fallen to the wayside. Thankfully – and mercifully – 50/50 managed to defy everyone’s expectations, providing a pronounced combination of drama and comedy. This is thanks in no small part to its energetic cast (Joseph Gordon-Levitt delivers one of the best performances of his career, cemented by his recent Golden Globe nomination), restrained execution and intricate portrayal of a true-to-life prospect.

Paddy Considine – best known for his performances in gritty British dramas – hits the big time with his directorial debut: an, um, gritty British drama. Bringing a career’s worth of influences, attitudes and tendencies with him, he expands his short film Dog Altogether to make Tyrannosaur: a story about two battered and bruised people (played by the peerless Peter Mullan and Olivia Colman, who delivers a revelatory performance) brought together by their experiences and desire for a better life. 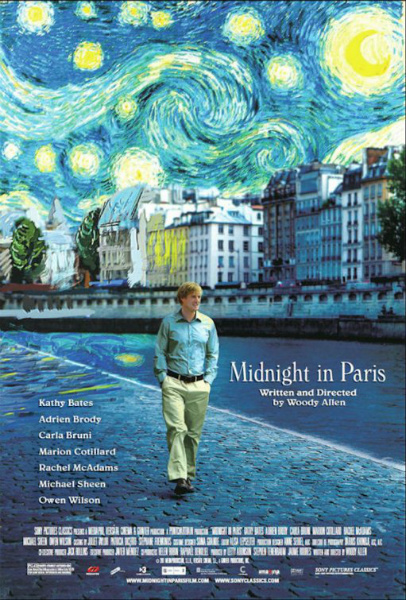 Forty one films later and Woody Allen shows no signs of slowing down. This years effort, Midnight in Paris, an ode to 1920’s Paris, saw Allen clamber back onto comfortable terrain, injecting humour, whimsicality and romance in the right places, while keeping the narrative moving along at a very brisk and attentive pace. Aside from Carla Bruni, who stumbles in her barely five minute bit-part, the entire cast earn their worth, cementing this as Allen’s best work since the marvellous Vicky Cristina Barcelona. 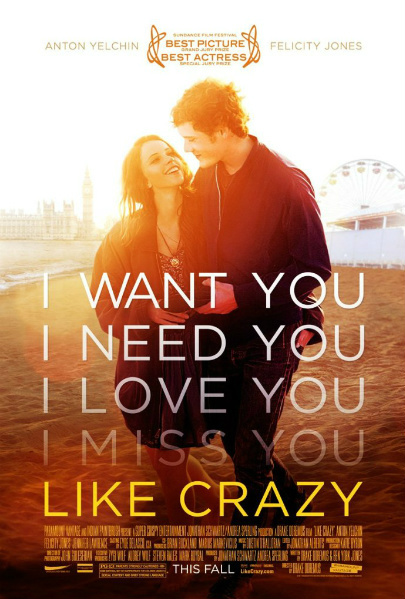 Like Crazy presents a more simplistic kind of cinema. With no script, and having been predominantly filmed on hand-held cameras by director Drake Doremus, this tale of a tempestuous relationship between a Brit and an American, forced apart by matters outwith their control, is fruitful, urgent and rousingly upfront. It contains two of the most tender performances (provided by the underrated Felicity Jones and ever-rising Anton Yelchin) of the year.

What are the best films of 2011 in your eyes? Leave a comment below.