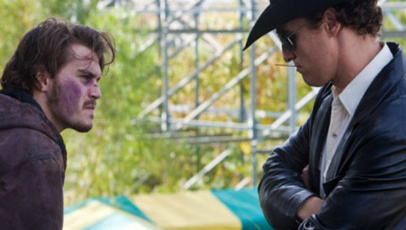 Entertainment One have released the official U.K. poster for crime-thriller Killer Joe, Empire has unveiled.

Directed by world-renowned and controversial filmmaker William Friedkin, Killer Joe centers on a young man whose life spirals out of control when he hires an unexpectedly charming hit man to kill his own mother for her life insurance policy.

Killer Joe comes from the man behind such films as The Exorcist and Rules Of Engagement and, with its promising cast and killer narrative, promises to be one of this year’s most violent, debatable releases.

Check out the poster below: