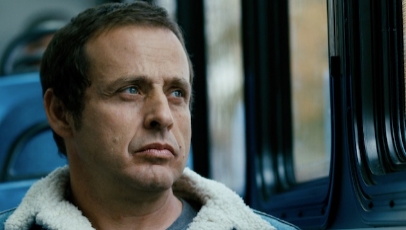 Writer-director Chad Hartigan follows up his softly received directorial debut Luke And Brie Are On A First Date with This Is Martin Bonner, a thoughtful, well-acted and subtle character drama that scooped the Best of NEXT Audience Award at this year’s Sundance Film Festival. It’s minimalist and quiet, sure, but that’s what enables this film about two elderly men experiencing dramatic changes in their lives to be such a welcome surprise and linger in the mind long after the end credits roll.

Martin (Paul Eenhoorn) is forced to leave behind his wife and two children and relocate to Nevada in order to start work as the coordinator of a prison rehabilitation program, the first job he’s been able to find in two years. It’s here that he meets Travis (Richmond Arquette), an ex-con who has just finished a twelve year sentence, and the two strike an unlikely friendship through their mutual loneliness and struggle to settle into their new surroundings.

On a surface level, This Is Martin Bonner is a less than inspired film about two uninteresting, unexplored characters attempting to rebuild their lives. However, once the surface is slowly scratched away as the narrative plays out at a controlled, steady pace, a rich, emotional depth is revealed in which themes as dark as loneliness, redemption and empathy that everyone can relate to are explored in a devoted fashion rarely seen in mainstream cinema.

Hartigan’s script and direction are both restrained, which not only brings a powerful believability to proceedings, but also enables the characters to remain at the forefront for the films entirety. Their interactions, hardships and peculiar comforts (Martin’s interest in antiques acts as his escape) are entirely relatable, and it’s satisfying to see a storyteller allow their film to play out completely naturally and not have to resort to outside means to create unnecessary dramatic tension.

Martin and Travis are as realistic as characters come, and that’s predominantly down to Eenhoorn and Arquette. After all, This Is Martin Bonner is all about Martin and Travis and that couldn’t work on the level it does without the performances delivered by Eenhoorn and Arquette. Arquette, in particular, is a revelation. He plays Travis with a remarkable nuance and, even when dialogue is thin on the ground, he’s able to convey his many competing emotions with an intense truthfulness.

This Is Martin Bonner is slight and open-ended drama centered on two people as individuals and as people brought together by their similar circumstances. For some, it’ll prove too vague and impenetrable. But for those with a willingness to go with the flow and discover the wonder hiding beneath the surface, Hartigan’s sophomore feature is a triumph of the elegant kind – one that’s a perfect fit for festival audiences but will realistically struggle to work out-with.