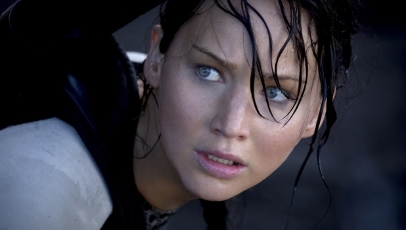 The Hunger Games managed to achieve what the entire Twilight series had tried so hard, yet failed to do: appeal to critics and audiences, while also satisfying the loyal fan base of its adored source material. It had its fair share of impediments though, and was weighed down by the fact it skimmed over many of the bigger issues in favour of displaying a sparkly fantasy tale. Thankfully, with The Hunger Games: Catching Fire, the second instalment in a four-part film series, those complications are been ironed out to an impeccable degree by new director Francis Lawrence.

Having survived the 74th annual Hunger Games and returned to the safety of District 12, Katniss Everdeen (Jennifer Lawrence) and fellow tribute Peeta Mellark (Josh Hutcherson) are forced to embark upon a Victors Tour of the twelve Districts in an attempt to put the breaks on the rebellion their defiance of the Capitol’s rule ignited. When their efforts fail to make any kind of a difference, however, the Capitol’s ruler President Snow (Donald Sutherland, utterly convincing as a corrupt leader) hatches a truly wicked plan to silence them once and for all.

Picking up mere moments from where The Hunger Games left off, Catching Fire casts a shadow over its predecessor almost immediately as the more surefooted and polished second entry into the dystopian thriller series. The basic structure of the narrative may be near enough the same, yet screenwriters Simon Beaufoy and Michael deBruyn seem more willing to mine the provocative subtext contained within Collins’ novel and strikes effective comparisons with our own celebrity obsessed and unscrupulous society.

It makes for a vastly more interesting film – one that’s not only more believable, but also far easier to relate to and respectful of its audience. The blithe nature of the first film is replaced with an accomplished resoluteness and vigour, as if the lives of our protagonists genuinely hang in the balance. This is particularly true as the action moves from the reality show-like victory circuit into the tropical Quarter Quell arena itself. It’s here that both the pace and the film itself erupt into life, with director Lawrence capturing the life-or-death urgency in spectacularly tense fashion.

It’s Lawrence’s performance as Katniss that’s perhaps the most impressive aspect of the film. Lawrence displays real talent through her understanding of the character, and her burgeoning status outside of the series is mirrored well through Katniss’ own newfound star status in relation to her defiance of the Capitol’s rules. The other actors, too, are solid across the board, but its perhaps the newer additions – Jena Malone as the axe-wielding Johanna Mason and Phillip Seymour Hoffman as the new Gamesmaker Plutarch Heavensbee, in particular – who impress the most.

There are momentary dips here and there mostly in relation to the love triangle between Katniss, Peeta and Gale (Liam Hemsworth) and the ending feels like an abrupt cop out, but none of Catching Fire’s issues are protracted enough to make a significant dent in its overall potency, and most are excused by the sense of wit and cunning that emit from its clever script and cutting social critiques. From the off, Catching Fire valiantly aspires to be more than an entertaining thriller. And with skill, candour and genuine exhilaration, it achieves that in more ways than one.