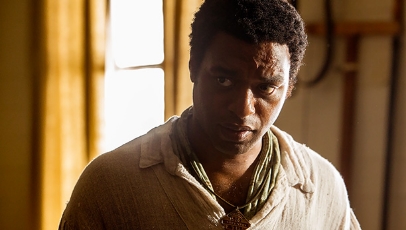 A couple of week’s back, I saw 12 Years A Slave as part of a Scottish press screening event. I’d read a lot about the film, had come to be a Steve McQueen admirer on the back of his previous films Hunger and Shame, and was a fan of many of the actors the film sported. So, it came as a bit of a surprise to me that, even though I liked the film a lot and felt Steve McQueen achieved exactly what he wanted to achieve (a forceful, no-holds-barred depiction of slavery like we haven’t seen before), I couldn’t help but feel underwhelmed.

I explored one or two reasons for this particular feeling briefly in my review of the film, mainly the fact that because McQueen’s film was so forceful, it left little room for an identifiable and truly meaningful character study to be realised. But I thought I could maybe go into a bit more depth, because I didn’t feel five paragraphs was enough to quite convey my chagrin with the finished film in a way that wouldn’t seem as though I was absent-mindedly writing it off.

My main issue with the film is the one touched upon above: the fact that there’s very little in the form of a character study in the film. McQueen and screenwriter John Ridley spent a lot of time scrutinising slavery itself, and the loss of identity, human power-play (white people feeling they have superiority over black people because that’s what they’ve been led to believe, and no one is yet strong enough to challenge these in-built stereotypes) and unimaginable horror that comes with it.

And yet, by the end of the two hours of brutal beatings and savage whippings when Solomon (Chiwetel Ejiofor) is eventually saved from slavery after he reveals his story to Bass (Brad Pitt) who acts as a sort of voice of reason, there’s not quite the level of emotional payoff that would’ve existed had, say, the characters been a bit more fleshed out. It’s left to the actors, particularly the supporting cast, to flesh their characters out as much as possible through their performances – which, I may add, are exceptional across the board.

It’s also interesting to note here that McQueen’s previous film Shame was almost as abstract as 12 Years A Slave, yet there was more of a humanistic through-line to that film that allowed the audience to emote with Brandon (Michael Fassbender) on a more personal level, therefore enabling them to invest deeper in the narrative. If only McQueen used Solomon the way he used Brandon in Shame, then the lack of depth wouldn’t be as much of an issue as it is.

Now, it would be arrogant and silly of me to simply mark a film down for the fact that the director’s own personal style doesn’t fall in line with my own personal expectations of how I expect a particular film to be, but for such a horrific subject as slavery, there’s only so much continued violence – most of which are captured through intense closeups by cinematographer Sean Bobbitt, allowing the true brutality and dehumanising nature of it to be shown – an audience are willing to bear witness to before it becomes too much and it comes close to voyeurism.

That said, 12 Years A Slave is still a film that deserves to be watched, both for its dedication to exhibiting the system of slavery without any of the Hollywood purification, and for its execution – from Bobbitt’s chilling cinematography to Hans Zimmer’s beautiful score, which plays a massive role in the film. It’s more that because of the issues mentioned above and in my review, it doesn’t quite live up to the masterpiece label that many critics have awarded it. But that’s merely my opinion. What’s yours?

My full review of 12 Years A Slave can be read here.

3 thoughts on “Further Thoughts On 12 Years A Slave”