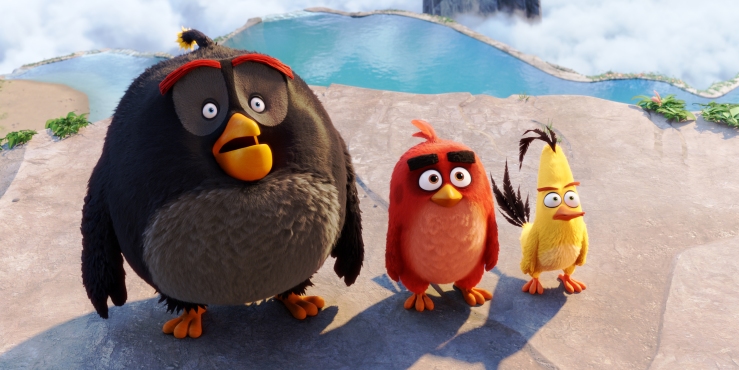 Plot surrenders to anarchic wit in this entertaining, if quickly forgettable animated evolution of the popular slingshot app that became a worldwide craze upon its initial release. The bare bones of it is that Red (Jason Sudeikis), an outcast bird with anger issues, is appointed leader when fiendish pigs dupe them into friendship, only to make a run for it with all the unhatched eggs. Much funnier than it has any right to be, this madcap blast is packed with simple pleasures and comic asides that, on more than one occasion involving a third act castle invasion, hit unexpected high notes. The characters are wacky, each with their own quirk – Red’s temper, Bomb’s tendency to explode – that benefits from a stellar voice cast of comedic talents. There’s a quickness to the script that by and large makes up for the films simplicity in both its narrative and moral insights. It’s perhaps a few years behind time, but it’s nevertheless infectiously playful, with bright animation that sings.