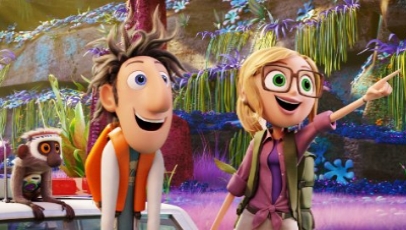 Released in 2011, Cloudy With A Chance of Meatballs was an unmitigated success for Sony Pictures Animation. It’s hardly a surprise then that a little over two years later, Cloudy With A Chance of Meatballs 2 is upon us. With new directors Cody Cameron and Kris Pearn taking over the reins from Phil Lord and Chris Miller, the sequel is as appealing and visually imaginative as its predecessor. Sadly, the same can’t be said for an unfocused narrative that’s not quite as clever as it thinks it is. END_OF_DOCUMENT_TOKEN_TO_BE_REPLACED