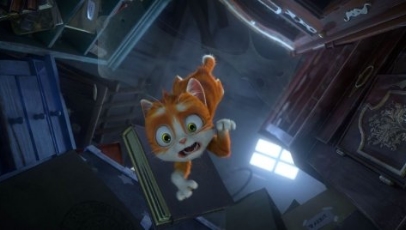 With films like Fly Me To The Moon and A Turtle’s Tale: Sammy’s Adventures already under it’s belt, Belgium’s nuWave Pictures makes its best film yet with The House Of Magic, a 3D animated adventure that boasts dazzling visual flourishes and character creations, but not much else. When indoor cat Thunder (Murray Blue) is abandoned, he seeks shelter in a mysterious house owned by an old magician (Doug Stone) and his wacky playmates. END_OF_DOCUMENT_TOKEN_TO_BE_REPLACED