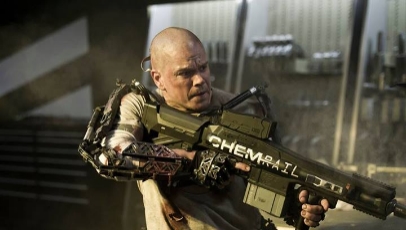 Writer and director Neill Blomkamp burst onto the scene four year’s ago with District 9, one of the most distinguished feature debuts of recent memory. That film saw him deliver a morally complex, emotionally perverting, technically superb film that surpassed expectations to the tune of $210M worldwide. His next film Elysium – set in the year 2154 where the wealthy have abandoned a shattered Earth in favour of a man made space station free of diseases, pain and suffering – sees him up the ante, yet retain that winning blend of action and social commentary. END_OF_DOCUMENT_TOKEN_TO_BE_REPLACED