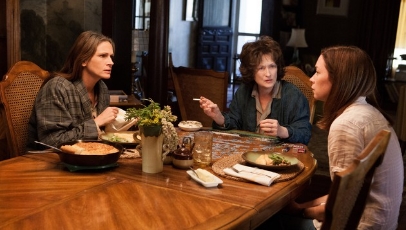 August: Osage County, adapted by Tracy Letts from his own Pulitzer Prize winning play, has awards bait written all over it, from its spectacular ensemble cast to its succession of ravaging put downs. It’s a shame, then, that the force and effectiveness of the film, then, is let down by drab, staid direction and a tendency to be as boisterous and melodramatic as possible where a little more poignancy would have better done the trick. END_OF_DOCUMENT_TOKEN_TO_BE_REPLACED