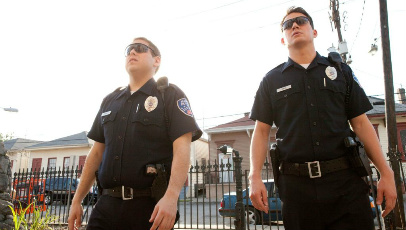 When best friends Schmidt (Jonah Hill) and Jenko (Channing Tatum) realise that they’re out of their policing depth even as park officers, the former high-school enemies are assigned to a newly revived undercover division on 21 Jump Street, spearheaded by Captain Dickson (Ice Cube).  The death of a careless teenager, Billiam (Johnny Simmons), reveals the spread of a new drug at the local school, prompting Schmidt and Jenko back to class as “teenagers”, to infiltrate and put an end to the drug ring before anyone else is hurt.

Taking its name and supposedly many of the sensibilities from the cult 1980’s TV series, 21 Jump Street is every bit as hysterical, crude, action-packed and self-referential as you were praying it would be. Unlike less-than-successful films of its ilk, this one doesn’t rely on cheap tricks to evoke laughs from its audience. In fact, what Michael Bacall has done with commendable skill and attention to detail is craft a well-layered narrative where, if the antics were removed, a kosher film would remain, albeit one with a slightly less savoury taste.

While the on-form screenplay, exuberant direction from live-action newbies Phil Lord and Chris Miller, and the added layers (a romantic sub-plot between Schmidt and Molly, played by Brie Larson, is surprisingly sweet) are thoroughly engaging in their own right, it’s the unlikely relationship between Schmidt and Jenko that allows 21 Jump Street to hit new levels and achieve a rarity: a blend between comedy and drama that’s truthful to life without ever overstepping its mark as pure entertainment. Through their insecurities and deficiencies, they band together, but as the trials and tribulations of high school ensnare them once more, their true colours start to shine.

This wouldn’t be possible without the unlikely, yet inspired partnership of Hill and Tatum. After a few rocky rom-coms, Tatum lands firmly on his feet, proving his comic chops with one-liner after one-liner, all administered with a perfect timing. Hill, also, embodies his on-screen persona with a natural ease, finding the accurate balance between explosiveness and genuine emotion. Even the supporting cast is uniformly brilliant, with Ellie Kemper and Dave Franco, in particular, delivering noteworthy turns as their respective characters. That’s a relief, as when minor cracks in the narrative do show (the third act is too excessive as everything comes to a head), the inconsistencies are masked by one casting directors decisions.

21 Jump Street truly is a zany experience, but one worth having. If you’re not laughing hard at the frenzied acid trips or impeccable comic timing, then you’ll certainly be charmed and surprised by the it-shouldn’t-work-but-somehow-it-does partnership of Tatum and Hill. If there’s a comedy worth venturing out for and paying extortionate amounts of money to see, then it’s this skilfully executed one.