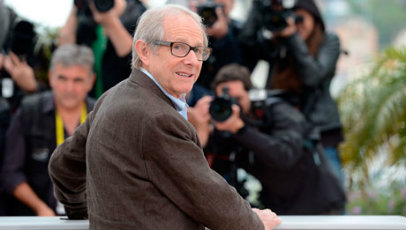 To mark the release of Ken Loach’s Scottish-based dramedy The Angels’ Share, I was invited to Deanston Distillery, located a few miles outside of Stirling where most of the films interiors were set, to meet Loach, writer Paul Laverty and cast members Paul Brannigan, Jasmin Riggins, William Ruane, Siobhan Reilly and Gary Maitland.

The picturesque distillery provided an excellent location to chat to the attendees in three separate sittings: first with Riggins, Ruane, Reilly and Maitland about how the film has changed their lives; second with Brannigan about how Robbie’s story reflects his own life; and third with Loach and Laverty about the initial inspiration behind the film and their unique partnership.

When asked how they first got involved with the project, Riggins and Reilly said that they’d both had to audition numerous times for Loach and writer Laverty before landing their parts. Ruane and Maitland, however, found themselves contacted by Loach individually, who almost straight away made them offers to be involved and even brought them in to help with the overall casting process.

Brannigan, who commands a strong central performance as Robbie, found the overall experience “mirroring that of my own life and the life I want for my wee son”. When asked about the casting process, it was easy to tell that being given this opportunity meant a lot to Brannigan. He explained, “[Paul] Laverty came and spoke to me about my life and about the story and he gave me the opportunity to attend an open audition.”

Acting is clearly something that Brannigan feels very passionate about. Not only has he been making frequent trips down to London to partake in studio meetings, but he’s also shot a short film and made an appearance opposite Scarlett Johansson in Jonathan Glazer’s Under The Skin. He called Johansson a “lovely girl, very down to earth” and said the experienced mirrored that of The Angels’ Share in many ways, particularly with it being about a group of very down-to-earth people.

So, where did the inspiration for The Angels’ Share originate? According to Loach himself, it came from “a multitude of conversations, interests and subjects that allowed for exploration”, while Laverty attributes to the focus of whiskey to his brother’s overwhelming knowledge of the drink and the fact it has many different layers to it, much like that of the story and Robbie’s personality.

While slightly lighter than some of his previous films, there’s a lot in The Angels’ Share main narrative arc that resulted from Loach’s own disdain towards the current social and economical climate, particularly the fact that most young people in this day and age face a lifetime without work. Loach continued, “I mean, the best thing one can hope for is something part time through agencies or a short-term contract, nothing that defines you like in previous generations.”

Asked if Brannigan’s background had any influence on him being cast in the role of Robbie, Loach defended his choice, saying that it didn’t matter to him that Brannigan had been caught up in crime before, it was the fact that he could give a convincing performance as Robbie that landed him the part. Loach went on to say, “I would never want to invade someone’s privacy too literally to enhance their performance or grasp of the material at hand.”

It was only natural to ask about Loach and Laverty’s unique partnership, but when they voiced their inability to answer such an involved question, Laverty simply stated that the secret to their success was through their ability to “challenge each other” in a way that kept them interested in each others work, individual thought process and how they found ways to overcome their differences, whether it be over a shot or something a little more involved.

This article was originally posted on Cine-Vue.