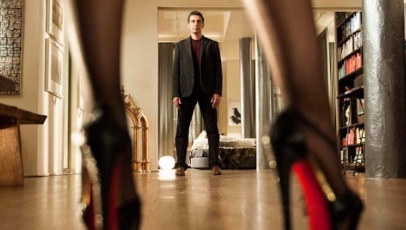 John Turturro’s fifth feature behind the camera is an amiable, if diluted, sex comedy that features Woody Allen in a rare starring role. When his friend’s business collapses, Floravante (Turturro) is talked into becoming a male prostitute, engaging in rendez-vous with sultry women. He questions his newfound profession, however, after forming a platonic bond with an Hasidic widow (Vanessa Paradis). Fading Gigolo’s exhilarating premise is muted in writer and director Turturro’s efforts to explore the human side of Floravante’s shift into prostitution, shredding its entertainment value almost instantaneously. And, while the film features strong performances (Allen’s turn as Floravante’s older pimp is a rare treat, and his scenes are by far the films best) and is handsomely lensed, it’s also a chore to watch at times, particularly when focused on Floravante’s daft burgeoning relationship, and overscored.