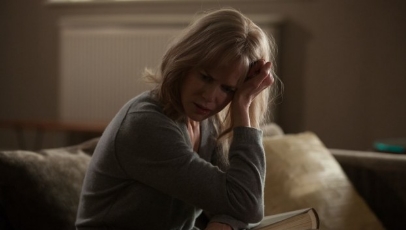 In what can only be described as a superficial melodrama that squanders the talents of its A-list cast and marks another lacklustre effort for director Rowan Joffe., Before I Go To Sleep – an adaptation of S. J. Watson’s bestselling novel – stars Christine (Nicole Kidman) as a woman who wakes up every day with no recollection of the day before after an accident left her with severe amnesia. But as she slowly pieces facts together, alarms are raised and she’s forced to question everyone around her, including her husband (Colin Firth). All that sounds promising enough, but with a cumbersome script and twists that anyone can see coming, Before I Go To Sleep unravels more like a badly orchestrated series of anticlimaxes than the nail-biting thriller it aspires to be. It doesn’t help that it has the same amount of style and panache as a made-for-TV movie, with the dark moments landing with an almighty thud. Even the involvement of such reliable actors as Kidman and Firth do nothing to add verve, leaving the film to wimp its way through its considerably short but not so sweet run time.