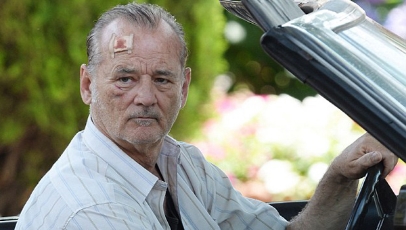 Bill Murray is by far the stand-out performer in St. Vincent, infusing Theodore Melfi’s schmaltzy and predictable comedy drama with some much-needed spunk. Bullied-kid-next-door Olivier (Jaeden Lieberher) develops an unlikely bond with curmudgeon old man Vincent (Murray) when he reluctantly concedes to babysit for struggling single mother Maggie (Melissa McCarthy). There’s little to St. Vincent that will surprise. In fact, most of what unravels as Vincent’s heart is slowly but surely thawed by Olivier’s sweet ways is easy to foretell and heavily overstated. Yet, the cast – which also features Naomi Watts as a Russian prostitute – do well to add some nerve to the narrative (Murray is the best he’s been in years, while McCarthy plays well against type) and the rapport between Murray and Lieberher ensures there’s some fun to be had watching these characters affect one another more than they realise. It’s a shame, then, that it all crumbles so horribly in its final act as every single one of the films universal themes are ham-fisted home, without any poise or subtlety whatsoever.