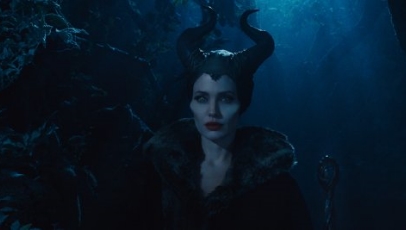 The classic tale of Sleeping Beauty is revised in Maleficent, a dark revenge thriller that relies heavily on a steely, captivating performance from Angelina Jolie as the titular villain to earn its wings. A beautiful and inquisitive child, Maleficent (Jolie) leads an idyllic life, until she’s ruthlessly betrayed by the neighbouring humans. Years later, intent on revenge, she curses the king’s newborn child Aurora (Elle Fanning) – an act she soon regrets. END_OF_DOCUMENT_TOKEN_TO_BE_REPLACED 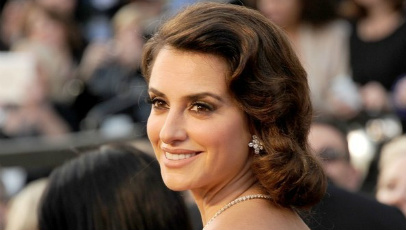 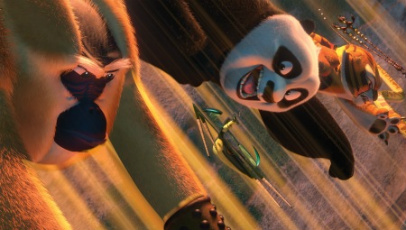 Kung Fu Panda 2, the sequel to Dreamworks Animations’ heavily buzzed about Kung Fu Panda, is a wondrous equal to its perfectly enjoyable predecessor – if not slightly more sophisticated and well-rounded. The comedy, story and voice-work have all been upped in an attempt to combat sequel fatigue and, to the films merit, everyone pulls it off in a charmingly buoyant manner.

The script, penned by returning screenwriters Glenn Berger and Jonathan Aibel, is wonderfully paced, and a marked improvement on the original. Not only are Berger and Aibel able to strike the perfect balance between Po and the Furious Five’s quest to stop Lord Shen’s and Po’s heartbreaking discovery of his adoption, but they heighten the enjoyment factor with lampoonery, exhilarating action and the inclusion of an inspired kung fu-esque score by John Powell and Hans Zimmer. It’s not an easy task to alternate between the heaviness of characters lost childhood and spritely adventure, but Kung Fu Panda hits the nail on the head, exquisitely weaving the two strands together in a near seamless manner.

Director Jennifer Yuh Nelson oversees with a keen eye and indisputable zing that ensures Kung Fu Panda 2 preserves the marvellous spark and sheer gaiety that made the original so popular. A snappy pace and scenes that are choreographed with a distinct level of creativity – most notably the anime-infused flashback scenes revealing Po’s psychologically disturbed childhood and the hilarious Pac Man-esque chase sequence through Gongmen city – wholly infuse the film with an overarching fun disposition, and ensure the animation is as visually interesting and detailed as physically possible. The fact that Guillermo Del Toro acted as creative consultant shines through and indicates how dedicated Dreamworks Animation were to making a worthy sequel.

The film might boast first-rate animation and a refined script, but it’s the star-spangled voice-work that makes each and every madcap character stand out from the crowd and feel as integral as the last that is the films true prize. Black, in particular, gives a top-notch as the burgeoning Po, and is the ultimate heart and soul of the film. His personality has become so suffused with that of Po’s that it’s hard to think of them as two separate entities. Hoffman, Jolie and Rogen stand out amongst the supporting cast, each injecting the necessary laughs, thrills and enterprise into their roles.

It is, however, the new additions that steal the film. Oldman delivers a necessarily, and utterly convincingly level of menace as Lord Shen, while Yeoh and – try not to laugh – even Jean Claude Van Damme fit perfectly in their roles as Soothsayer and Master Croc, proving their worth as befitting additions to the already bountifully capable cast.

Kung Fu Panda 2 works not only as marvellous family entertainment, but also as an innovative and fervid animation spectacle, intercut with heartwarming revelations, thrilling action, skilful comedy, superlative voice-work, and a soaring soundtrack to boot. It’s a film for all ages, and one that unquestionably deserves to be cherished and enjoyed as much, if not more, than the first. 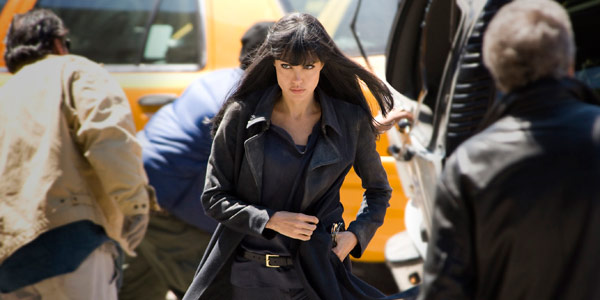 With the end of Bourne, and the Bond series on hold due to MGM’s financial difficulties, cinema-goers and studios are looking desperately for the next big spy franchise. It’s of no surprise, then, that Sony have been plugging the release of Salt for a good few months now, stirring up mystery with the ‘Who Is Salt?’ banners that have been circling the internet and plastered over the walls of your local multiplex.

Directed by Phillip Noyce, Salt centres on Evelyn Salt (Angelina Jolie), a seemingly normal undercover C.I.A agent – one that managed to keep her identity secret even when being tortured by North Koreans – married to a German, who doesn’t know her true occupation. Evelyn, when interrogated a Russian named Orlav (Daniel Olbrychski), is labelled as a secret double agent, much to her, and her colleagues’, surprise. Salt then spends the remainder of the film on the run from her boss (Liev Schreiber) and almost every cop in the United States of America, including ONCIX agent Peabody (Chiwetel Ejiofor), who seems determined to finish her.

Despite mirroring the premise of Bourne, or certain Bond films, Salt avoids overstuffing the film with dialogue, instead opting to notch the action up another level, ensuring audiences remain engaged throughout the films running time. Noyce, a relative newbie to the genre, crafts an intriguing, suspenseful and fast-paced spy-thriller, never lingering too long on sub-plots or secondary characters.

Kurt Wimmer’s screenplay is relatively flawless. It’s nimbleness keeps the audience guessing as to who’s the good guy, who’s the bad guy, who works for who, who knows what and, overall, how the film will conclude. The only weakness would be the rather pointless opening and closing sequences, both hindering the enjoyment of the film as a whole. The script keeps the action tight, never lingering too long on sub-plots or secondary characters.

Casting Jolie as Evelyn really was a triumph. Having dabbled in action films before, Jolie uses what she learned on Wanted and Mr. & Mrs. Smith, while upping the testosterone gage and displaying a whole new level of versatility in terms of what she can do as an actress. Salt offers Jolie a new platform, the potential to kick-ass in a franchise of her own. The supporting cast, most notably Schreiber, Ejiofor and Olbrychski, do their best with their limited screen time, but never really breaking out of their comfort zones.

Nevertheless, Salt is solid, fast-paced action-thriller, showcasing Jolie’s raw versatility as an actress. Noyce has a talent for crafting tension, managing to avoid common cliches, whilst keeping audiences engaged. A sequel is inevitable, which is no bad thing in my eyes.