In director Pablo Larrain’s intimate and unrelenting biopic, Natalie Portman delivers a tour de force performance as Jacqueline “Jackie” Kennedy at the time of her husband’s assassination. Noah Oppenheim’s script hops backwards and forwards in time, perfectly mirroring that of a fragile state of mind, bookended by an interview between Jackie and an unnamed reporter (Billy Crudup) that she controls. END_OF_DOCUMENT_TOKEN_TO_BE_REPLACED 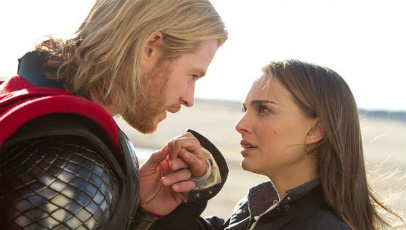 The film centres on Thor (Hemsworth), a powerful but arrogant warrior, who is cast down to Earth by his father Odin (Hopkins) and is forced to live among humans. A beautiful young scientist, Jane Foster (Portman), has a profound effect on Thor, awakening romantic feelings for the first time.

It’s while on Earth that Thor must learn what it takes to be a true hero when the most dangerous villain of his world sends the darkest forces of Asgard to invade Earth.

Branagh, who seemed at first like an odd choice for director, succeeds in making the fantastical elements feel grounded and realistic: something which was always going to be tricky to achieve. He employs plenty of sweeping cinematography to fully explore the intricately detailed environments, never letting the epic scale get out of hand.

This is aided in no small part by a strong, humorous and consistent screenplay – full of snappy dialogue, subtle references and nifty cameos – which improves the somewhat predictable morality tale. Moreover, he has elicited convincing, enthusiastic performances from his eclectic cast.

Hemsworth truly embodies Thor, proving himself more than capable both in terms of action and humour, stepping up from minor supporting actor to a leading Hollywood star.

He stands out amongst a heavy-weight supporting cast, including ditzy and on-fire Portman, a hilarious and shamefully understated Dennings and an ever-solid Skarsgård.

Hiddleston delivers an effective, and wholly opposing, performance as Thor’s twisted brother Loki – a far cry from his recent low-key turn in Archipelago. Hopkins, as is to be expected, adds a touch of cinematic class as the patriarchal Odin.

It’s a shame the supporting characters aren’t further explored, but it’s a minor issue and understandable considering the circumstances. It’s encouraging to hear that various roles were beefed up after test-screening reactions.

There are, like many big-budget productions, a number of visual and narrative flaws, but Thor manages to be a superbly grounded, infectiously gratifying and valiantly executed summer blockbuster, completely defying mediocre expectations.

All involved in production have done a commendable job in making this superhero movie feel as seasoned and entertaining as possible, embracing the absurd in a way that entirely proves Branagh a sensible choice in director, and Hemsworth a fantastic Thor.

Veteren comedy director Ivan Reitman returns with No Strings Attached, a rom-com that asks the question of whether or not friends with benefits can still be best friends without letting their emotions overrule their unattached “relationship”.

Emma (Natalie Portman) and Adam (Ashton Kutcher), after years of failed relationships, make a pact to use each other for sex. But when Adam starts seeing their relationship as something more, Emma instinctively wants to run the other way.

No Strings Attached – while it may be too long for its own good, is overly predictable and relies too heavily on crass humour – delivers feasibly well on all levels under the trained direction of Reitman and a competent script by Elizabeth Meriwether.

Ashton Kutcher, reprising the role he’s played in every other rom-com, is likeable and entertaining enough. Natalie Portman, in a role that is vastly different to her award-nominated performance in Black Swan, often feels uncomfortable in a genre that’s clearly not suited to her talents, but undeniably manages to deliver a relatively natural, appealing and sexy performance.

The supporting cast, including standout performances from Lake Bell and Greta Gerwig, notably aid the two leads, often stealing the film and creating an enjoyable diversion to the weak and predictable central storyline.

No Strings Attached is ultimately a fairly enjoyable rom-com that’s made watchable by an above-average script, credible direction and the best intentions of the entire cast.

Darren Aronofsky’s psychological thriller is a twisted adaptation of the famous ballet Swan Lake that blurs the boundaries between high art and exploitation film.

Nina Sayers (Natalie Portman) is consumed by her obsession of being the perfect ballerina. When Nina learns that the principal ballerina, Beth (Winona Ryder), is being let go at the end of the season, she sees an open door that could lead to hear dreams coming true. But the arrival of Lily (Mila Kunis), a naturally talented and laid-back ballerina, brings her self-esteem issues to the forefront.

Nina wins the role of the Swan Queen in the company’s production of Swan Lake, and it soon begins to take its toll on Nina as practices become more grueling and the company’s director, Thomas (Vincent Cassel), plays mind games with her.As her life is ever more consumed by ballet, she begins to get more in touch with her dark side – a recklessness that threatens to destroy her.

Black Swan highlights the savageness of performance and the innumerable issues that come from an aspiration for perfection. Nina is a newcomer, her problems are all related to the inherent worry of making an affecting first impression and bettering her counterparts. The thematic elements used work together to make Black Swan feel like vital, candid and ultimately contemporary tale; almost like a culmination of the director’s masterfully distinctive filmmaking style that’s developed over the past twelve years.

Matthew Libatique’s evasive and intense cinematography beautifully captures Nina’s fracturing mental state, her delusions and perpetual anxieties, masterfully blending reality and illusion. The claustrophobia of Nina’s shattered mind is superbly transposed to the sheer, heart-pounding ebullience of the stage, capturing in detail every affliction Nina suffers in her bid for perfection, while equivalently showcasing ballet as a undeniably majestic art form.

Clint Mansell’s take on Tchaikovsky’s famous score is tremendous. Not only does the music stay true to the heart of Swan Lake, but it and adds new themes, motifs and emotions; complimenting, and enhancing, the film’s sinister nature magnificently.

Portman is truly exquisite as Nina, embodying the character of a young woman paralysed by her torturous desire for perfection desperately trying maintain a grip on her sanity faultlessly. We witness Nina simultaneously at her most exposed and her most barbaric, reaching her zenith with a sharp, enticing career-defining dance, much like Portman’s career-best performance.

The supporting performances are equally strong: Cassel wonderfully sordid as the company’s director; Kunis remarkably piercing and intoxicating as Lily; Hershey as Nina’s overpowering mother, Erica; and Ryder making the most of her limited screen-time as Beth, embracing the film’s demented nature and enveloping the mania of her cutthroat character.

Black Swan is thoroughly captivating, wonderfully shredding the human soul down to the bone and forces the audience into Nina’s disintegrating mind. The depth of the film builds up to a compelling, fantastical and veracious crescendo, the final performance, which works equally as a fitting conclusion, and as an astonishing validation of the ruthless art of perfection.

Best Performance By An Actress In A Motion Picture – Drama

Best Performance By An Actor In A Motion Picture – Drama

Best Performance By An Actress In A Supporting Role – Motion Picture

Best Performance By An Actor In A Supporting Role – Motion Picture 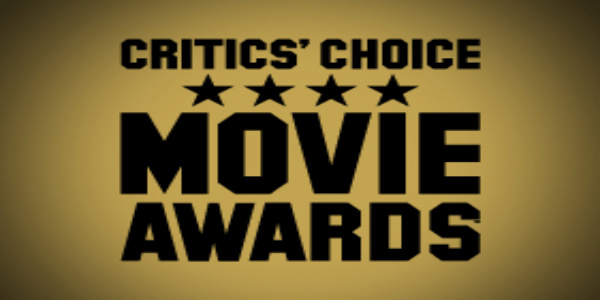 Best Film Made For Television