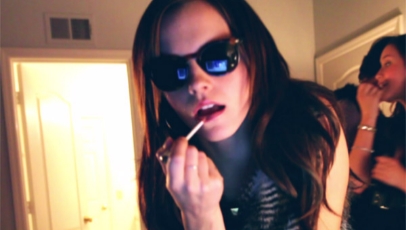 Acclaimed director Sofia Coppola, known for depicting the lifestyles of the rich and famous through films such as Lost In Translation and Somewhere, uses her new feature The Bling Ring to tap into the obsession modern day teens have with celebrity culture. Potent in its candid and uncomfortable subject-matter (the script is based on real life events as recorded in Nancy Jo Sales’s 2010 Vanity Fair article The Suspects Wore Louboutins), the film finds itself being necessary despite its issues. END_OF_DOCUMENT_TOKEN_TO_BE_REPLACED

Her days of playing Hermoine Granger in Harry Potter may be well and truly over, but that hasn’t stopped Emma Watson lining up projects in an attempt to prove herself outside of the money-making film series.

Last year, she had a small role in My Week With Marilyn, and this year will see her play opposite Logan Lerman in the film adaptation of The Perks Of Being A Wallflower. In addition, she’s also secured future roles in David Yates’ Your Voice In My Head and Guillermo Del Toro’s Beauty & The Beast. END_OF_DOCUMENT_TOKEN_TO_BE_REPLACED 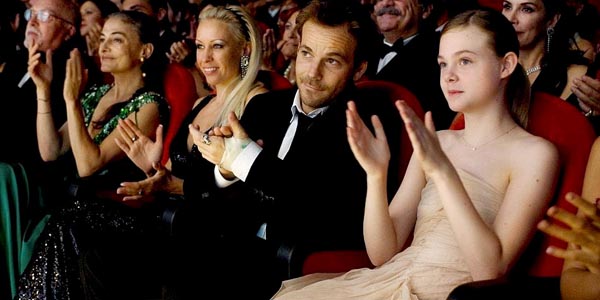 After the candid and poorly-recieved Marie Antoinette, Sofia Coppola returns to familiar ground with her fourth feature Somewhere, a low-key and heartfelt exploration of love and atonement.

The film is a portrait of Hollywood actor Johnny Marco (Stephen Dorff), who has settled into a life filled with booze, pole dancers, sex and reliance on prescription drugs.

When his daughter, Cleo (Fanning), is thrust into his protection, he’s forced to re-examine his life and find a way to take care of his daughter.

Almost the entire film is set at the famous Chateau Marmont in California. A character in itself, the hotel can be interpreted as a type of purgatory. Johnny’s desires are so easily gratified that he’s left with no inclination or need to leave it’s confinements. It’s almost a metaphor of his own uncertain place in life.

Stephen Dorff delivers a nuanced, troubled performance as off-the-rails Johnny, something that is exemplified in the scenes with Fanning’s Cleo.

Futhermore, Fanning is wonderful as the devoted and fragile daughter, providing a wholly astute and bewitching performance that compliments Dorff’s absolutely.

The immediate lack of on screen tension and any real progression towards an absolute end in the narrative may unfortunately dispel some movie-goers but, then again, Sofia Coppola’s style has never been for everyone.

For those, however, who do admire Sofia Coppola’s attention-to-detail – highlighted perfectly by Harris Savides’ mesmerising cinematography – Somewhere is a powerful, well-directed piece that, despite it’s slow-burning pace and lack of finite conclusion, deserves attention.