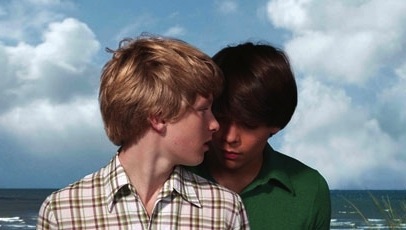 As a huge fan of Peccadillo Pictures (the studio responsible for releasing Tomboy and Weekend in the U.K.), it was only natural for me to preview their latest film, North Sea Texas, on Centrefolds & Empty Screens.

Marking the directorial debut of Belgian filmmaker Bavo Defurne, North Sea Texas, co-written by Derfune and producer Yves Verbraeken, centers on a teenage boy’s (Jelle Florizoone) search for his identity and sexuality as he becomes obsessed with the boy next door (Mathias Vergels).

It may sound like a plot that’s been attempted over and over again, but nevertheless North Sea Texas – the winner of awards at both the Rome International Film Festival and the Montreal Film Festival – sounds like a fascinating, affecting and an all round well executed coming-of-age comedy drama.

North Sea Texas will hit U.K. cinemas on April 6, with a special screening taking place at the 26th BFI Lesbian & Gay Film Festival on May 1.

Check out the poster and trailer, courtesy of the lovely people at Peccadillo Pictures, below: