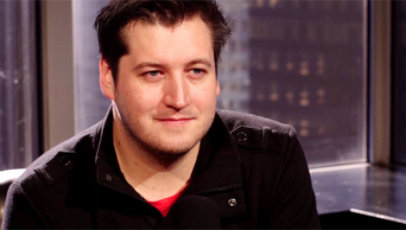 In a little over two weeks (on May 18, to be precise), The Raid makes its way into cinema screens across the U.K.

Written and directed by Welsh-born filmmaker Gareth Evans, and starring leading Silat expert turned actor Iko Uwais, The Raid is a hard-hitting action film like no other, brimming with no-holds-barred coercion and unfaltering intensity.

The film centers on a SWAT team who, after being tasked with taking out Tama (Ray Sahetapy), a landlord and kingpin to the scum of Jakarta, enter the building complex to which he resides. Rising up floor by floor, the team must fight with their bare hands in order to complete their assignment and escape the labyrinthes deadly residents.

During his whistle-stop tour to our shores, HeyUGuys had the opportunity to chat to Evans about the initial inspiration, how his past experiences helped in the making of The Raid and if the overwhelming response has had an effect on the writing process for the sequel, due out next year.

Jamie Neish: What was the initial inspiration behind The Raid?

Gareth Evans: Well, I wanted to do a different film first, originally. We tried to get the budget into place for about a year and a half only to find out it was never going to happen. After the initial disappointment, Iko and I were still desperate to do something. So, The Raid, mostly due to the fact it was low-budget and fairly self-contained, was born. I then started looking at other self-contained films, like Die Hard and Hard Boiled, that I could use as reference points and start to plan out The Raid in terms of structure, pacing and how to maintain tension from one set-piece to the other. The idea of using a SWAT team came from being obsessed with Romain Gavras’ video for M.I.A.’s Born Free. I would show it to everyone involved in the film as a template for the style and the look we were aiming for.

What had you learnt from your past experiences that could be applied to The Raid?

Well, in terms of Merantau, it was more a case of learning from the mistakes we made on it. I mean, we love Merantau and are super proud of it, but certain criticisms kept cropping up whenever we would watch it with an audience. The first thing was that we wanted to change the pace of the film. Merantau took quite a while to get started and took a while to reach the first fight. With The Raid, I wanted to be in the building within the first ten minutes. I didn’t want to wait around and take to long to get to the crux of the film, because we were making this for action fans, specifically for a crowd that would be receptive to it. I think, in Merantau, what we’d also done was try to introduce too many elements – the culture, the tradition and characters – at once. Whereas, with The Raid, all that had been done, so we were able to make everything more streamlined. The other thing we learned, on a more technical level, was how to shoot these complex action sequences without doing so many long takes. Almost every shot in Merantau was a long take. While it was fun to see, it was very punishing on the actors and performers, so we tried to use them sparingly on The Raid, only when we felt they would have the most impact. Not only was it more beneficial to the actors, but it also allowed us to be more specific with the choreography, which made the fight sequences much more precise.

Was it important for you to incorporate both Western and Eastern influences?

I think every filmmaker is influenced by the films they love more than anything. For me, I’ve watched as many Asian films as I have European and American films, so my influences are varied, coming from Japanese cinema to classic American gangster films. When we were making The Raid, I didn’t want it to feel like it was purely a martian arts film. Yes, it’s definitely in that sort of genre, but there’s also elements of horror, thriller and adventure in there too. I wanted The Raid to test the boundaries of what makes a film a martial arts film by mixing it with elements from other genres.

In your opinion, what was the best part of making The Raid?

In terms of a favourite scene when it comes to watching the whole film, I feel like I’m most proud of the scene where they go through the hole in the roof leading to the explosion with the refrigerator, mainly because this was my first time doing anything with gunplay and it seemed to play out really well. It’s also been incredibly rewarding to see how the audience reacts to the overall climax.

Has the response to The Raid had any effect on the writing process for the sequel?

No, not really. When we did The Raid, we had nobody to answer to and we weren’t making it for anyone other than ourselves. Obviously, since people have reacted so enthusiastically to the first, there’s going to be more of a sense of anticipation to the second, which does make it a little tougher on us. But, then again, there’s nothing to say that the second one will work or that the spark will be there, we just have to wait and see. All I know is we fully intend on making another film that we’re incredibly happy with and proud of and we can only hope that the audience feel the same.

This interview was originally posted on HeyUGuys.