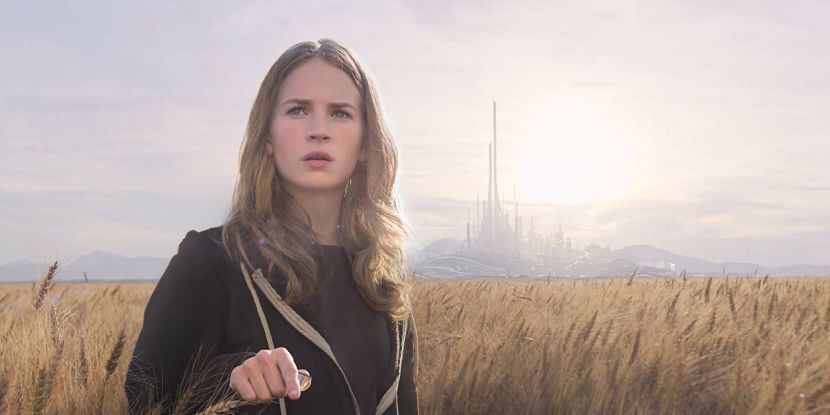 Tomorrowland in part rekindles Disney’s family-aimed fare, only to tumble when a clunky, talkative narrative stops the peppy fun in its tracks. Bright-eyed teen Casey (Britt Robertson) discovers a pin amongst her possessions that, when touched, transports her to a futuristic utopia. Her intrigue leads her to the doorstep of the curmudgeonly Frank (George Clooney), who reluctantly consents to take her there in person. The first hour of Tomorrowland – directed by Brad Bird from a script he co-wrote with Damon Lindelof – is a free-spirited road trip, peppered with neat sci-fi touches (Casey’s first encounters with the new world are wondrous), humour and a positive underlying message in favour of optimism. Robertson makes for an engaging lead, and she’s ably supported by Clooney and newcomer Raffey Cassidy. But as the film hurtles towards the finish line it becomes weighed down in the very mystery at its heart, the script unable to free itself from a series of intricate knots with no clear end target in sight. As it is, then, Tomorrowland is a intriguing, often exciting Disney thrill that’s let down at the final hurdle.