Finding Dory, a similar-but-worthy sequel to one of Pixar’s most beloved films, is as entertaining as it is soul-stirring, complete with a stellar voice cast and mesmeric oceanic visuals. One year on from helping reunite Marlin (Albert Brooks) with his son, Dory (Ellen DeGeneres in a role she has made her own) starts to experience moments of her childhood through fragmented flashbacks that send her on an adventure across the seas to California in the hopes of not only finding her parents, but herself too. END_OF_DOCUMENT_TOKEN_TO_BE_REPLACED 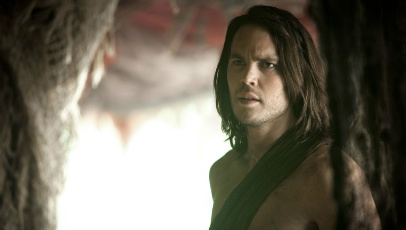 Ex-Civil War Captain John Carter (Taylor Kitsch) is on the run, looking for a quiet life. Upon being forcibly re-enlisted, he finds himself caught in the crossfire of a skirmish somewhere in the desert of Virginia. Looking for cover, he stumbles upon a strange cave, and before he knows what’s happening he is somehow transported to Mars – known locally as “Barsoom”. Confused, disorientated and struggling to control his strength in such low gravity, Carter makes his escape from the four-armed, insect like “Thark” aboriginal warriors who found and claimed him, only to be set upon by Deja Thoris (Lynn Collins), Princess of END_OF_DOCUMENT_TOKEN_TO_BE_REPLACED