The evacuation of Dunkirk – a miracle in its own right – is the focus of this striking, nerve-shredding survival epic from director Christopher Nolan. Split into three sections, the narrative cross-cuts between perspectives: land, sea and air, each one spanning a different period of time. The tension mounts at an unbelievable rate. Nolan’s camera traps the audience in the moment so as to experience every inch of horror from eye level. END_OF_DOCUMENT_TOKEN_TO_BE_REPLACED

Ben Wheatley blends dark comedy and thriller to deliver a wickedly fun 1970s inspired shootout set within the confines of a dilapidated warehouse in Boston. The bullet bonanza is a result of an arms deal turned sour, with the likes of Cillian Murphy, Sharlto Copley and Armie Hammer along for the ride, each one determined to walk away with their lives and a briefcase full of money. END_OF_DOCUMENT_TOKEN_TO_BE_REPLACED 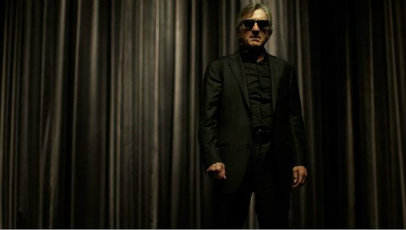 Parapsychologists Margaret Matheson (Sigourney Weaver) and Tom Buckley (Cillian Murphy) spend their lives travelling around the country refuting claims of the supernatural and ridiculing those phony psychics who frequently work against the law to fool unsuspecting members of the public. However, when acclaimed psychic Simon Silver (Robert De Niro) re-emerges from hiding, a figure whose powers are seemingly foolproof, Margaret and Tom must step-up END_OF_DOCUMENT_TOKEN_TO_BE_REPLACED

Martin (Cillian Murphy) and Kate (Thandie Newton), a couple from London, escape their broken marriage to an isolated island named Blackholme, which they visited as young lovers. While at the retreat, the couple attempt to put their past troubles behind them, only for their lives to be thrown into jeopardy when mysterious stranger, Jack (Jamie Bell), winds END_OF_DOCUMENT_TOKEN_TO_BE_REPLACED

Inception is the latest film from movie mastermind Christopher Nolan. After directing such acclaimed and commercially successful films as Memento, The Dark Knight and The Prestige, Nolan returns to cinema screens with another mind-bending summer blockbuster, this time putting the emphasis on dreams, allowing his action to take place across several layers, or levels as they’re referred to in the film.

Centering on Dom (DiCaprio), a superior “extrator” who’s hired by a businessman, Saito (Watanbe) to carry out an “inception”, which is to plant an idea, that will cause Robert (Murphy) to collapse his fathers (Postlethwaite) company following his death.

For around the first hour of the film we’re introduced to Dom and his efforts to assemble a team to accompany him, which eventually include Arthur (Levitt), Eames (Hardy), Yusef (Rao), and Ariadne (Page) who’s hired by Dom to design the dream they’ll be entering to carry out the “inception”.

Dom’s late wife, Mal (Cotillard), who we’re introduced to early on in the film, flits between the dreams, haunting Dom’s mind as a “projection”. Eventually, we learn the backbone to their story, how she died, and why Dom won’t let her go. Although Cotillard doesn’t have much screentime, she brings a mysterious, almost dreamy quality to Mal’s nature, allowing viewers to understand her position within the narrative.

It’s when we enter the first level that the action really gets going and Nolan’s imagination comes to life. Playing off wondrous specticle and the studios freedom, he concocts a thinking man’s blockbuster, one that will keep you hooked for it’s entirety, leading itself to a memorable, explosive, bewildering, yet assured, ending.

Despite the heavy running time, the film runs smoothly enough, seamlessly gliding along as the team delve through different levels, getting deeper and deeper withing the subconscious in an effort to plant this idea inside Robert’s mind, deep enough for it to stick long after they’ve awoken.

DiCaprio’s performance as Dom carries the film, showing a new side to his superior acting skills, as he inforces Dom’s ideals, while restraining himself somewhat, especially against the action-laded backdrop. Supporting performances from Page, Levitt and, most notably, Hardy are remarkable, hopefully enough to make them stick in critics’ heads come awards season.

In terms of style, it’s truly spectacular to see someone like Nolan’s vision come to life on the big screen. You could spend the whole film marvelling at the set designs, CG effects and cinematography, but it never gets in the way of the film’s purpose. A remarkable feat to behold.

Inception is not only visually impressive but, with a sterling cast, innovative narrative and mind-blowing set-pieces, also a winning cinematic experience all-round. Worth entering with an open mind.