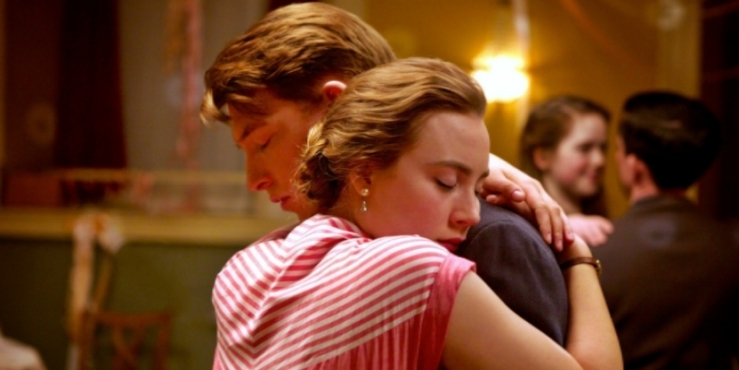 An adaptation of Colm Tóibín’s bestselling novel, Brooklyn works well as a study of one girl’s resilience, but lacks the underpinning force to uphold interest. Her life in Ireland aimless, Eilis (Saoirse Ronan) relocates to New York, where she falls in love with an assertive Italian-American (Emory Cohen) only to be pulled back to the comfortable simplicity of home. END_OF_DOCUMENT_TOKEN_TO_BE_REPLACED 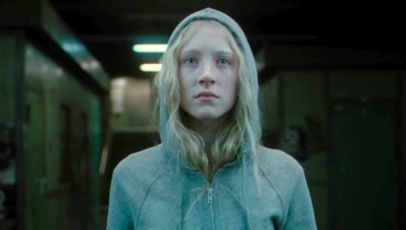 Hanna (Saoirse Ronan) is a teenage girl. Uniquely, she has the strength, the stamina, and the smarts of a soldier; these come from being raised by her father (Eric Bana), an ex-CIA operative. Living a life unlike any normal teenager, her upbringing and training have all geared towards making her the ideal assassin.

The turning point in her adolescence is unquestionably acute: sent into the world by her father on a mission, Hanna journeys covertly across Europe while deceiving agents sent after her by a adamant intelligence officer (Cate Blanchett). As she closes in on her ultimate target, Hanna faces terrifying revelations about her existence.

Hanna is a cross between fantastical fairytale odyssey – with multiple references being made to The Brothers Grimm – and an action-thriller in the vein of Bond or Bourne. It’s an amalgamation that sounds like it shouldn’t work, but thanks to an on-form Joe Wright (who surprisingly doesn’t look out of his comfort zone), it holds together brilliantly.

Ronan delivers yet another exceptional performance as Hanna, and admirably proves herself to be the most versatile actress of her age-range. She’s entirely believable as both an assassin and as a vulnerable, innocent young girl facing the harsh truths of reality for the very first time. Not only does Ronan kicks ass in her fervid action scenes, but she also captures the vulnerable side beautifully, which is wonderfully represented in the sweet yet irresolute relationship she strikes up with a vacationing family.

Blanchett is equally impressive as Ronan. She plays the ruthless CIA agent Marissa Wiegler with an astonishingly cold, suitably heartless zeal. It’s a real thrill to see her inhabit a supporting role so assuredly. Bana, on the other hand, brings humility to what is essentially a harsh and coercive character, but it isn’t enough to make Erik feel as essential to the narrative as he should.

Jessica Barden, as Ronan’s unlikely friend Sophie, injects a much-needed touch of humour and candor, showing exactly how naive people can be when they’re oblivious to the horrors of the world. Olivia Williams pops up as Sophie’s mother, and shares a delightfully testy exchange with Blanchett’s Marissa.

The plot does contain a few pitfalls, inconsistencies and hokum analogies, but they never become too much of an issue. The relentless pace, subtly witty dialogue and surefire levelheadedness that never takes itself too seriously let the viewers choose whether or not to dig deeper, and it is this that helps skip swiftly over the flaws.

Wright’s direction is utterly dazzling. He finds the right balance over a range of camera angles: from the sweeping long shot to intense, hand-held photography, blending the visceral action with the in-depth character-based drama.

By indulging in consistently sharp and comic-book like editing, Wright is able to enhance the velocity of the action and tenacious mood of the film, intercutting it with bewitching scenery shots.

Along with cinematographer Alwin H. Kuchler, he also uses some very unique set pieces to stage the films penetrating action sequences, including sewers, underground bunkers, and an abandoned amusement park. This works a treat as it makes the film feel more pragmatic, rather than something too science-fiction. In addition, by using off-key lighting and wondrous editing techniques, the fantastical feel is left to flourish, but in a way that maintains the mystery and element of intrigue.

The Chemical Brothers’ score brings all the incredible elements together magnificently, strikingly capturing the stamina, acuity and ruthlessness of the piece as a whole. 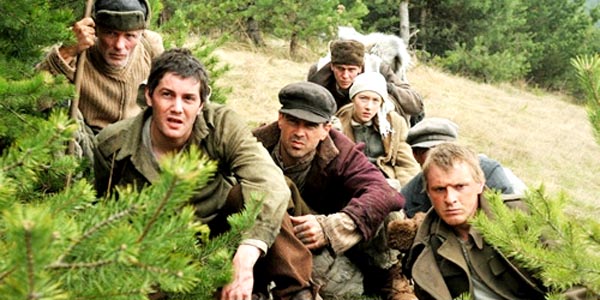 Peter Weir’s latest is a long-gestating film adaptation of Slavomir Rawicz’s The Long Walk: The True Story Of A Trek To Freedom.

The film centres a Polish lieutenant (Jim Sturgess) tortured by the Russian secret police and sent to a Siberian gulag on trumped-up charges who, along with several other falsely incarcerated men, travels 4,000 by foot to freedom.

Weir’s adaptation is a captivating film, using a tale of survival to explore deep, meaningful themes of existence and morality.

The cinematic vision compliments these moral explorations, the rough terrain symbolising the harshness of human existence and the trials we must face throughout our lives.

Sturgess proves his worth as the Polish leader, while Ed Harris and Colin Farrell each provide canny turns as criminals seeking redemption and worthwhile meaning.

Saoirse Ronan, in a walk-on part as 14-year-old Polish girl , who brings out the compassionate side of each character before succumbing to the torturous landscapes.

The main downfall is the distance kept between viewer and character. We are kept at arms length throughout the film, preventing one from becoming entirely engaged and emotionally involved with the hardship unravelling on screen.

The Way Back is a riveting and visually beautiful film that makes you question your own morality, but it’s overly long running time and poor character development results in it failing to achieve it’s full potential.