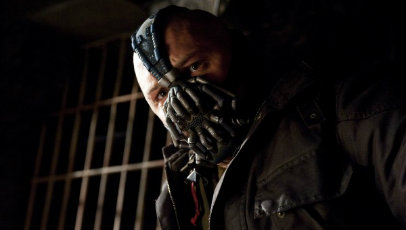 Warner Bros. Pictures have released the third and final trailer for The Dark Knight Rises – one that promises a more dramatic, emotionally resonant entry into the latest, inherently murky Batman franchise.

Written and directed once more by the partnership of Christopher Nolan and Jonathan Nolan, The Dark Knight Rises finds Batman (Christian Bale) hunted by the Police Department after taking the fall for Harvey Dent’s demise. However, when a new masked terrorist named Bane (Tom Hardy) threatens to eradicate Gotham’s people, Batman must rise from the ashes and put an end to Bane’s dictation.

With a cast list rounded out by Anne Hathaway, Gary Oldman, Michael Caine, Joseph Gordon-Levitt, Marion Cotillard, Liam Neeson, Morgan Freeman, Juno Temple and Aidan Gillen, The Dark Knight Rises proves to be antithesis to the boisterous mood that The Avengers basked in.

Unlike recent trailers for Prometheus and The Amazing Spider-Man, this one for The Dark Knight Rises appears to take on a more muted approach, withholding a lot of information that will likely be key to the narrative, yet displaying the necessary aspects that will send anticipation amongst fans sky high.

Does The Dark Knight Rises have what it takes to match, or even better, the success Nolan achieved with The Dark Knight three year’s ago? Well, it seems we’ll have to wait until July 20 to find out. In the meantime, watch the brand new trailer below: