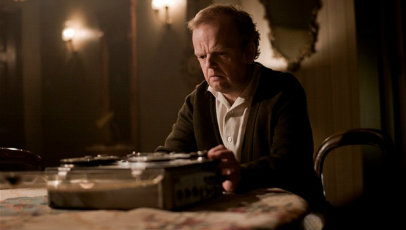 The winners of the Moët British Independent Film Awards were announced last night in the heart of London. Now in its fifteenth year, the awards payed homage to the best of British independent cinema, at a lavish ceremony attended by some of the industries finest and hosted – for the seventh time – by James Nesbitt, who will next be seen in The Hobbit.

Andrea Riseborough, who’s been on the verge of a major breakthrough for a number of years now, took home the Best Actress award for her turn as an MI5 informant in Shadow Dancer, while Olivia Colman and Rory Kinnear took home the Best Supporting Actress and Best Supporting Actor awards for their roles in Hyde Park On Hudson and Broken, respectively.

Elsewhere, The Imposter, which become a chief Academy Award contender hours after it premiered at the Sundance Film Festival in January, was named Best Documentary, while its director Bart Layton took home the Douglas Hickox award for Best Debut Director. James Floyd won Most Promising Breakthrough for his role in My Brother The Devil, beating out fellow nominees Elliot Tittensor, Paul Brannigan and Zawe Ashton.

After the ceremony, which was praised by directors Johanna Von Fischer and Tessa Collinson for “proving what a strong year 2012 has been for British independent film” and provided a huge boost to UK production company Film4, the attendees –  Elle Fanning, Tom Hiddleston, Felicity Jones and Variety Award winner Jude Law, to name a few – were then wined and dined at an exclusive aftershow party held at a central London location.