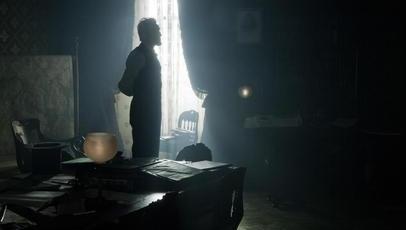 Lincoln, based in part on Doris Kearns Goodwin’s Team Of Rivals: The Political Genius Of Abraham Lincoln, sees director Steven Spielberg dramatising the 16th President of the United States’ final few months in office to varied results. In 1865, as the American Civil War nears its conclusion after four years of bloody combat, Abraham Lincoln (Daniel Day-Lewis) takes it upon himself to pass the landmark constitutional amendment and rid America of slavery: the main reason END_OF_DOCUMENT_TOKEN_TO_BE_REPLACED

The nominations for the 85th annual Academy Awards were announced earlier today by host Seth MacFarlane and actress Emma Stone, both of whom brought some much-needed humour to the usually dull announcement. Lincoln, Steven Spielberg’s historical biopic about former US president Abraham Lincoln’s endeavours to achieve passage of the constitutional amendment, was revealed as the frontrunner with a total of twelve nominations, with Silver Linings Playbook END_OF_DOCUMENT_TOKEN_TO_BE_REPLACED