For a studio that, in its heyday, brought to the screens some of the most beloved animation films of our time, Disney have been struggling in recent years to emerge from the shadow Pixar, their powerhouse sibling, cast upon them. Their recent efforts, however, have displayed a huge amount of promise, with Tangled in particular worth honourable mention. But it’s their latest, the enchanting and extremely entertaining Frozen, that proves Disney’s classic formula can be adjusted to incorporate contemporary values. END_OF_DOCUMENT_TOKEN_TO_BE_REPLACED 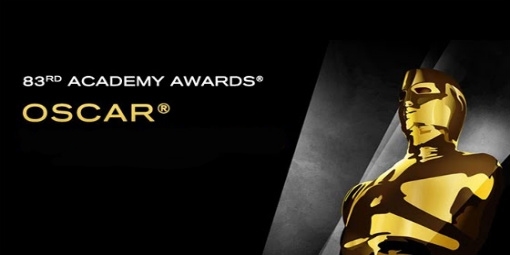 Tangled is the 50th animated feature in the Walt Disney Animated Classics series and is largely based on the German fairy tale Rapunzel by the Brothers Grimm.

After receiving the healing powers from a magical flower, the baby Princess Rapunzel (Mandy Moore) is kidnapped from the palace in the middle of the night by Mother Gothel (Donna Murphy). Mother Gothel knows that the flower’s magical powers are now growing within the golden hair of Rapunzel, and to stay young, she must lock Rapunzel in her hidden tower. Rapunzel is now a teenager and her hair has grown to a length of 70-feet.

The beautiful Rapunzel has been in the tower her entire life, and she is curious of the outside world. One day, the bandit Flynn Ryder (Zachary Levi) scales the tower and is taken captive by Rapunzel. Rapunzel strikes a deal with the charming thief to act as her guide to travel to the place where the floating lights come from that she has seen every year on her birthday. Rapunzel is about to discover the world for the first time, and who she really is.

All the classic fairy tale tropes are here: a corrupt step-mother; humanised animal characters; a romance; and plenty of blisteringly energetic and feel-good musical numbers. What’s more, the animation is spectacular, as we’ve come to expect from Disney. It certainly trumps the likes of How To Train Your Dragon and Despicable Me, maintaining Disney’s animation reign.

Nathan Greno and Byron Howard’s direction is superb, accentuating the best elements in the sometimes frustratingly old-fashioned narrative. The clever characters, emotional core and tremendously emphasising use of 3D makes up for the feeling of deja vu, and opens the film up to a wide audience remarkably well.

Moore, Levi and Murphy’s voice acting is boisterous; all three bringing energy, emotion and depth to their respective characters. The style of the characters carefully constructed with the formula for Disney classics in mind, while still maintaining the individualistic feel with their differentiating mannerisms, set off a number of cartoonish elements that are so well-loved by long-time fans of Disney,

Tangled 3D was boisterously enjoyable, witty and energetic. Not Disney’s finest, but it was of high quality and entertainment nonetheless.

How Do You Know?